Babusar Pass is a high mountain pass at an altitude of 4,173 m (13,691 ft) above sea level. Pass is the highest point in the Kaghan Valley in Pakistan. The Pass connects the Kaghan Valley to Chilas via Thak Nala on the Karakoram Highway. It's one of the world's popular hairpin paths.

The path to the summit has recently been asphalted. Owing to the unavailability of the required facilities, food and necessary things should be taken with them. The Babusar Pass is 80 km from Naran. It's on the way to the pass that the scenery of the Kaghan Valley is the most dramatic.
Click here to learn about Shogran Tour

Battakundi is located 16 km from Naran and allows access to Lalazar Plateau, Lake Dodiputsar and Lake Lulusar, the largest natural lake in Hazara and the source of the Kunhar River. The road is wide and suitable for all types of vehicles. Over the years, the area has become a popular tourist spot with a wide range of destinations nearby. 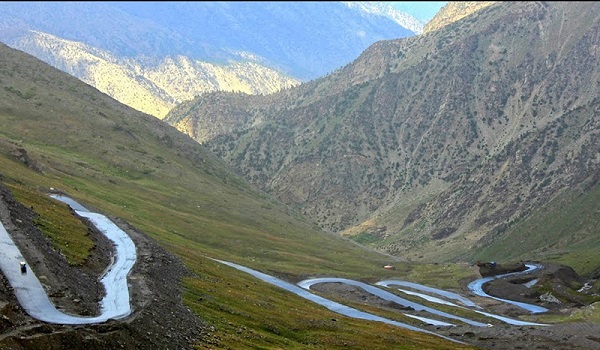 Parts of the road could be partially closed due to road work or inclement weather. This mountain pass is the highest location in the Kaghan Valley, which is why it's still covered by snow, but in summer, the snow melts so that the roads are cleared and there's only rain. There is a bridge on the top of the pass, like a stone minaret, which is the emblem of the highest position in the city. On the right side, there are snow-covered peaks of Kashmir, while the north east offers a fascinating view of Nanga Parbat. Only four wheeled cars can drive from Jalkhud, which is why it takes 4 hours from Naran to enter Babusar Pass.

Due to its unique position and elevation over thousands of feet and travelling through remote areas, it is important to be prepared for driving under these conditions. From the pass, the entire panorama is laid out in front of the tourist. The great Nanga Parbat (26,660 ft) can also be seen from here on a clear day. While efforts are being made to upgrade the lane, most progress has been made on the Chilas side. You should certainly get local advice before you cross the Babusar Pass.

From mid-July to the end of September, the road beyond Naran is accessible to the Babusar Pass or Babusar Top. However, movement is limited during monsoon and winter seasons, but can be closed at any time when access is not cleared from snow. The Kaghan Valley is at its peak in the summer (months ranging from May to September). In May, the maximum temperature is 11 C (52 F) and the minimum temperature is 3 C (37 F). Check the weather forecast before leaving home and note that it is colder and sometimes more prone to storms at higher altitudes.

Login to quote this blog

You cannot quote because this article is private.